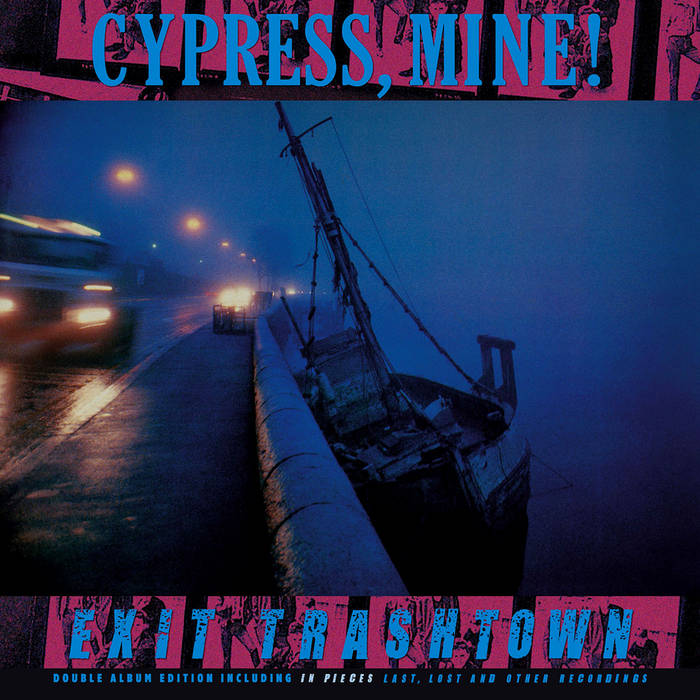 smokerparent Saw these guys many times in the mid 80's Great to see this re-Issue.

Limited deluxe reissue of their only album (mastered from original tapes) with the addition of a second vinyl with all the singles and the demos of the never released second album. Includes high quality download of all the songs and lyrics.
IMPORTANT NEWS! As the double album is more than 500 grs. the shipping costs are:
- Spain: 5 euros
- Europe: 12,5 euros
- Rest of the world: 21 euros

The good news is that the shipping costs are the same if you order 2 records of the catalogue. Email me with any doubt: prettyoliviarecords@yahoo.es


Cypress Mine formed in Cork City, Ireland in 1984.

Bass player Skoda and guitarist Ian met as teens at a Youth CND meeting and bonded over Julian Cope, dodgy haircuts and a shared musical ineptitude. Following the recruitment of drummer Mark and singer Ciarán, and inspired by the finest independent guitar music of the early 80’s (Orange Juice, Josef K, The Go-Betweens, The Smiths, REM, Husker Du), the band spent months honing a collection of angular, literate pop tunes above a chip shop, surrounded by dusty analogue keyboards and magic mushrooms drying between sheets of old newspaper.

In the DIY spirit of the times, the band got their first gig by showing up at The Bluebells soundcheck in Ballybunion, Co Kerry and simply asking to play. Gigs around Ireland followed and the band put out a series of self-released cassette demos, cultivating a small but enthusiastic group of followers.

Group activities stepped up a gear with the involvement of manager Tony O'Donoghue. The group recorded sessions for RTE Radio 2’s Dave Fanning programme, appeared on vinyl for the first time on Comet Record’s EP1, played live on RTE TV’s TV GAGA and secured high profile support slots in the UK and Ireland with bands such as Aztec Camera, Microdisney, Echo and The Bunnymen and U2.

In 1987, the band signed a record deal with Solid Records in Ireland and issued two singles, ‘Justine’ and ‘In the Big House’, prior to the release of their debut album ‘Exit Trashtown’. Positive album reviews and well-received gigs led the band return to the studio to record their third single “Sugar Beat God”, released in 1988. Extensive airplay and TV exposure further boosted the group’s profile.

By 1989, however, it was all over. Despite recording demos for a second album and a video for a fourth single, the band split in May of that year.