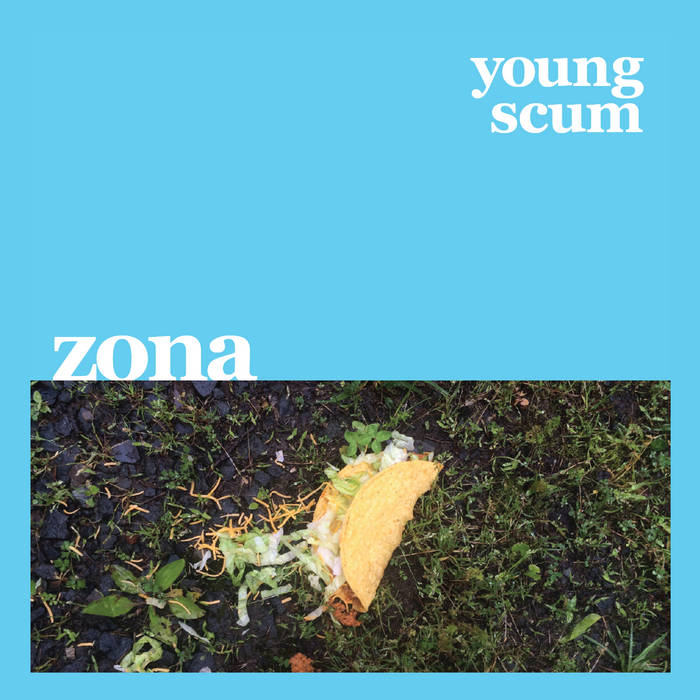 "Influenced as much by Teenage Fanclub's heavy jangle as they are the noise-pop greatness of Slumberland Records' bands; Richmond VA'sYoung Scum have an obvious love of guitar pop of the past. What originally started as lead singer Chris Smith’s bedroom pop project evolved as local musicians Taylor Haag, Ben Medcalf, and Brian Dove jumped onboard to fill out the sparse pop songs. All previous and current members of other local bands they set to work to craft pop songs with the most jangle, hooks, and riffs possible. Musically inspired by many different artists,the band blends their wide array of musical tastes under the banner of Smith’s songwriting; which generally leans towards melancholy indie pop.Songs about summer, regret, memories, love, and drinking too much soda and iced tea.

Zona (an abbrieviation for arizona iced tea) ‘s five songs are full of 20-something angst. Hating your shitty boss, missing your old friends (at least who they used to be), and hoping that eating tacos will ease the pain. The somewhat distraught lyrics are masked by the pure pop bliss that is created by shimmering guitars, bouncy basslines, and singer Smith and backing vocalist Ali Mislowsky’s honey-drenched vocals. guitar-heavy indie pop that gets loud, but not too loud, it will make you cry and dance at the same time"