Edge of a dream

by The Jangle Band 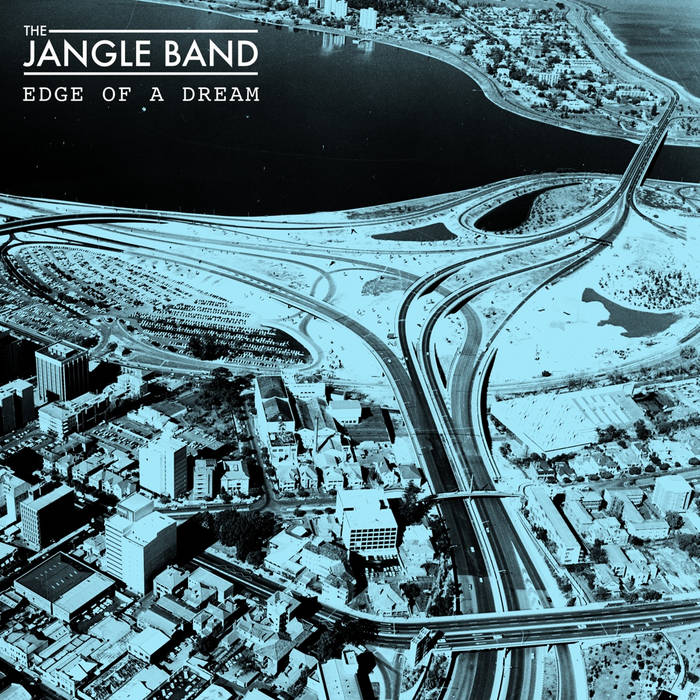 In 2014 we released the brilliant “A Thousand Days” LP by the Rainyard, an early 90s quartet from Perth, Western Australia. Saddened to hear that their 2015 reformation was not to be, in their place we got the Jangle Band…

Lucky for us, this fill-in band featured a dream team of Australia pop musicians (including Jeff Baker from the Rainyard) and even better news was that they decided that it was to be more than a one-off live performance. Even though the members were spread across both sides of Australia, within 4 months they had written and recorded their debut album. We heard it, we loved it, we wanted it.

“Edge Of A Dream” is an album filled with 10 jewels and 10 reasons for still believing in melodies, harmonies and chiming guitars. It’s the sound of the Byrds, the wit of the Kinks and the heart of the Triffids.
It’s not a dream, it’s all here, don’t miss it, highly recommended!

On this album everybody played guitar.
Joe played various keyboard instruments & other things.

Recorded by the band and guests in various homes around Australia & Bordello Studios in Victoria Park, WA. Additional engineering by Glenn Musto in Melbourne.

Mixed and produced by Joe Algeri.

Art and layout by Tess.